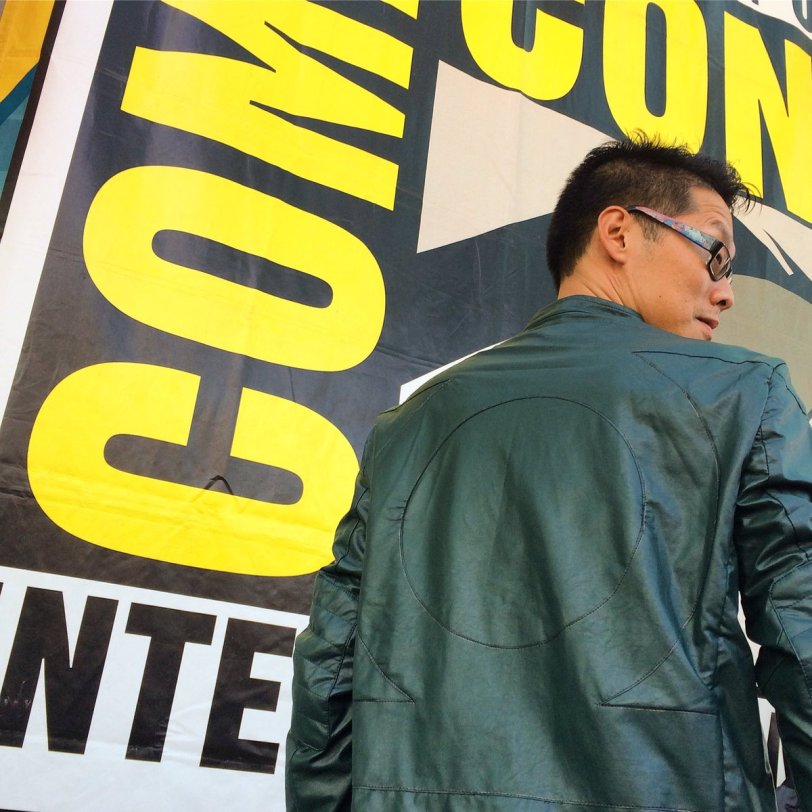 Wow! Another year come and gone. In the aftermath that is San Diego Comic-Con, I am always left with a mix of emotion. From the high’s of all of the announcements, to the adrenaline of accomplishing goals to the emotional moments of meeting new fans, it’s all a whirlwind experience that is hard to put into words. I’m sure many of you can relate. Unfortunately, I came from the high of Comic-Con, straight to a funeral for a friend. My buddy passed suddenly and too soon- a sobering welcome back to reality. However, it was a good reminder to never take life for granted and to make the most of every opportunity- like Comic-Con. Here is my recap:

Seeing the convention center for the first time each year is such a great moment. It represents all sorts of possibilities to me. I was a fan of the con, an employee of the con and now a creator at the con. I travel the nation participating at different conventions and San Diego’s convention center still ranks as number one. From the design, layout, size and location, it really is the perfect foundation for the biggest nerd event of the year. 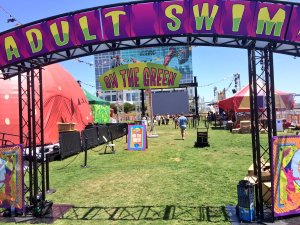 The transformation of the city makes this con so different from any event in the world. Sure events like the Super Bowl or the Olympics might have a bigger footprint, but Comic-Con is not a random assortment of advertising dollars. For the most part, everything downtown makes sense, belongs at Comic-Con and serves a direct purpose for the fans. Whether it’s the Syfy Cafe (pictured), Emerald City at the Tin Fish, the South Park Garden or more, it all creates something that everyone can enjoy.

Passion: On Wednesday, the fans were already lined up for Hall H. There is nothing that best represents the passion of the fans than the hardcore Hall-H’ers. In usual fashion, Hall H had the flurry of attention throughout the week. Although, since the employment of the wristband system a few years ago, I feel like the drama and angst was at an all time low. Regardless, Hall H and her loyal subjects represent the fanaticism that makes Comic-Con so much fun. It’s made for some of my most cherished memories and I hope everyone get’s a chance to experience it at least once in their lifetime.

I had to pause for my annual selfie in front of the Comic-Con logo to kick off the week! 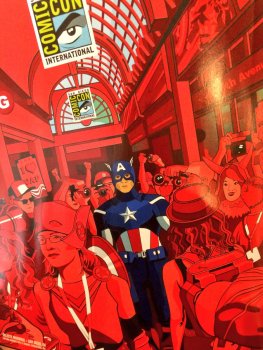 All the art and creativity dedicated to celebrating the show really is inspirational. Like this image taken from the SDCC Souvenir Book, it is an example of how much love there is for this show. It’s a long hard year of lottery badge and hotel purchases, but we all know it’s worth it at the end. 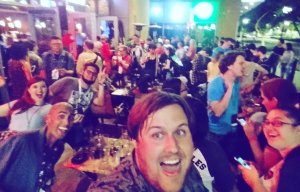 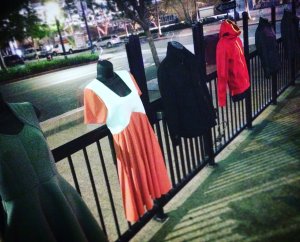 One of the biggest highlights of the year was the return of Game of Bloggers to Preview Night! This year we had about 100 websites represented and it was a blast! It was especially awesome to see the return of so many blogs from last year. It really makes a difference to finally put names to sites and to build a relationship throughout the year. GoB was also the first time human eyes experienced my Hero Within Collection. Everyone was so encouraging and it was so rewarding to finally have IRL reactions to something we have been working so long on. Game of Bloggers was upgraded this year with food, a DJ (DLux Entertainment ) and giveaways. Special thanks to our sponsors Castle Corsetry, Elhoffer Design, Justin Davidson Photography and WowWee. Game of Bloggers Season 3 will return next year!

I probably don’t need to say much about the showroom floor. Too much awesomeness to shake a nerd stick at. The one thing i’ll say, is that the nerd apparel business is on the rise. I saw more clothes options than ever- which is good for me. Next year, beware of Hero Within.

This was definitely the year of virtual reality. The technology is finally getting fun and easy- although when I do the ‘Dab’, I still look dumb.

I was grateful to do a number of media interviews for various outlets. I talked mostly about Hero Within, Comic-Con or just nerded out with fellow awesome peeps. Here I’m at the Skybound offsite doing a Twitch stream for Superfight. 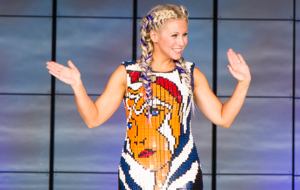 The Her Universe Fashion Show is the highlight of the year for me. Ever since it started a few years ago, it has been the culmination of what I think is so beautiful about our con community. diversity, excitement, creativity, and unashamed passion. In fact, this event helped inspired me into the field of geek fashion. All the dresses were amazing and I am happy for the two winners (Mad Max and Wall-E inspired). Afterwards, we had a phenomenal time networking with other geek fashionistas and look forward to building those relationships.

It was an honor to be on and host some panels this year. I was the sole male representative on The Most Dangerous Women At Comic-Con panel where we talked about equality in pop culture. I hosted my own How To Build A Geek Brand panel where we discussed how to create a brand of influence. Finally, I was so excited to be on The Business of Geek Fashion panel where I shared my journey of Hero Within along side greats like Her Universe, Hot Topic, Think Geek and We Love Fine. Thank you all for coming out and showing your support. Podcasts for my panels will go up as soon as possible. 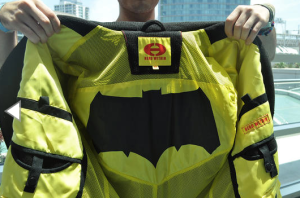 The biggest highlight for me was finally having the fans see and interact with Hero Within. It’s so hard to get guys to buy clothes online when they can’t feel or try on the product. It was super important to us to get awareness out and help build confidence in our young brand. Every where we had our coats, people flipped out about them. I got stopped numerous times about the blazer I was wearing and got tons of affirmation that now was the time to launch professional wear for guys. Again, for all you that have purchased a coat- thank you so much for your support. 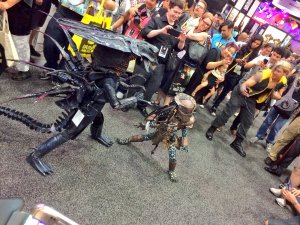 And of course the cosplay was nothing but top notch this year. Whether it’s a perfect Supergirl, a bizarro one, or a set of Alien & Predator, these artists were a few out of thousands of amazing cosplayers.

Of course the news, trailers and announcements to come out of Hall H was nothing but awesome. I was most excited for the Wonder Woman trailer and the surprise casting announcement of Brie Larson as Captain Marvel! The Guardians 2 trailer and panel was uh-mazing too! Marvel knows how to close a show. 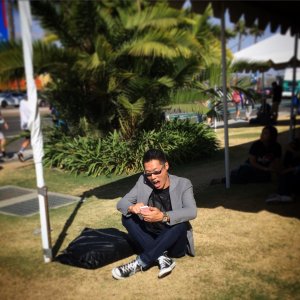 Lastly, this Comic-Con will be remembered as the year that launched Hero Within. I am so grateful for the amazing team- Kim, Daniel, Michael and Marlon. This was just a dream and a prayer about 5 months ago and now we are living it out. We still have a long way to go but I am confident that the future will be a wild and crazy one. My final pic of the year was my traditional getting in line for Hall H 2017- playing PokemonGo for the next 351 days till the next Comic-Con.

I was so happy to meet so many of you at the show as well as be reunited with old friends. Your constant encouragement has been an inspiration to me during this time of big risk. I cherish your affirmations and well wishes and hope this is just the beginning for great things to come. Special thanks for everyone that stopped me to say hello and those that shared their story with me. Another year of more comic cons await as we lead up to SDCC 2017.

Let me know what your best or exciting moment of 2016 was in the comment section below!