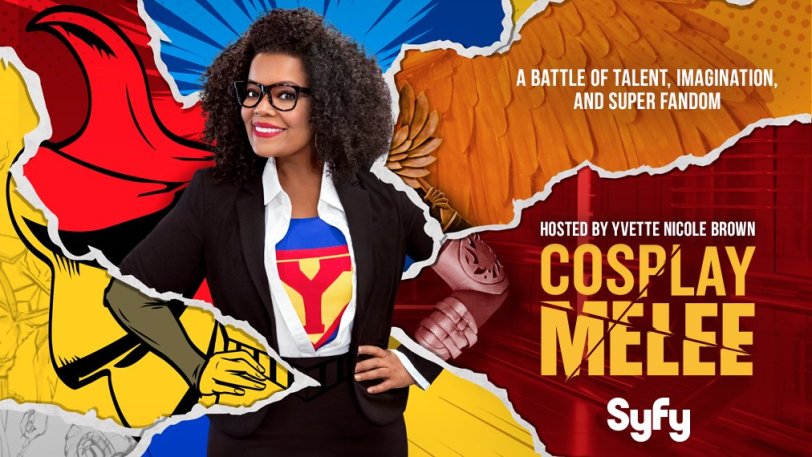 This is the show about cosplay that many inside and outside of cons and cosplay culture will enjoy. Using the format established on Syfy by Face Off this show shows the process behind the creation of costumes and mentions materials such as worbla, EVA foam, and more in a competitive and very friendly and encouraging environment.

It shows the true fun and innovation that can be had through cosmaking. The challenges add the variety that if one has experienced it aspects of games done at cons like “Iron Cosplay” using specific materials, specific pieces, etc. This adds to the ingenuity that cosplayers have to do in the limited time they have because of the frmat and timing of the builds which is three days. As many know costumes can take more time than this, and seeing the amazing creations done in such a limited time frame is wonderful.

While most people know cosplay already especially with the rise of internet (especially mobile), sharing (also via internet), events including a sharp increase in local ones (including at local malls) and at educational venues, there’s a rise in cosplay clubs (as standalones or as a part of another club) and cosplay itself at various colleges and universities as well. This will provide an insight for even more people to see the methods of making cosplay.
In addition to making the main costume work I’d also like to more of the makeup done for the characters as well as wigs (where applicable). This is something that I’m sure we will see in future episodes and in future seasons. Makeup can be especially important for some cosplays and also for effects.

One question that I had when learning more about the show was how would they handle IP. Pretty much all cosplayed characters are derived from company owned IPs, whether that Disney (Marvel, Star Wars, and of course their own Disney properties), Warner Brothers (DC, Scooby-Doo, etc), and game companies with their own IP. Cosplay Melee asked to have the contestants create characters that would fit in the universe, be inspired by.

Some might try to argue that the inspired by characters aren’t cosplaying and to this I disagree for a few reasons:

Now in season two, I can totally see collaboration with brands, probably several game companies first on various character designs that might be added to the official IP. Similar things have happened in the past with artist designs in some other competitions, through those have been done through hand drawn art as opposed to cosplay.

I also believe that this was the first time on television that “cosplay industry” was used and this is true, there is a cosplay industry but I would more think about it as various industries that are a part of the same medium like any industry.

This show looks like one that will last and I also see a possible collab with Face Off given then similar natures of the show and overlaps.

I’m excited for what I will see each week and cheer my friends on! And it inspires me to make bigger and more awesome cosplay.