So another Wondercon has come and gone and much fun was had by all. Rather than write about the usual carnival of cosplay (but do see below for some images) and sales floor craziness I would like to write about one special panel I went to: The Spotlight on Larry Hama.

Larry Hama had a profound impact on me as a kid and probably most of you who read Marvel in the 1980’s for you see, Hama wrote the GI Joe comics we all know and loved. When I saw Wondercon was doing a spotlight on him I knew I had to go and it did not disappoint. Hama went through an entire issue of one of his GI Joes comics and broke it down page by page, panel by panel. He talked about the artwork, the establishing shots, a couple of coloring mistakes and what went into his general writing process. If you are a creator on any level, or just love comics (and who doesn’t) then you would have loved this panel. He also went into some of the creation of GI Joe lore, especially Storm Shadow and Snake Eyes. The issue he picked was GI Joe #21 titled “Silent Interlude” and it is unique in that it is the only GI Joe that has absolutely no dialogue in it. As a matter of fact, I remember reading this issue as a kid! Here are some caveats he shared as well as why it had no dialogue.

So, there you have it. The spotlight on the great Larry Hama. I say great because he was great to me. GI Joe (and Star Wars) were my childhood. GI Joe was what introduced me to comics and to Marvel. Every year the space under the Christmas tree was filled with the toys. I spent countless hours tracking down back issues in old (now closed) comic shops. Every month I eagerly awaited the release of the next issue. I could not get enough. Best of all I remember those glorious nights of staying up late, lying in bed with my reading lamp on and losing myself in the magic of comics, and for that Mr. Hama, I am truly grateful.

P.S. If you ever watch “The Toys That Made Us” they have a fascinating issue on GI Joe that goes more into the background of the Hasbro-Marvel relationship including why Snake Eyes was painted all black.

So what was your favorite Joe growing up? I have to confess I fall into the Cobra category with good ‘ole Zartan.

Here are some of the more unique costumes I saw. 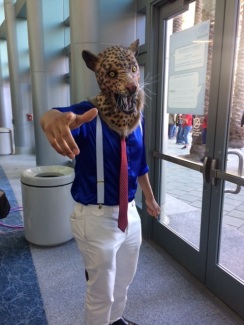 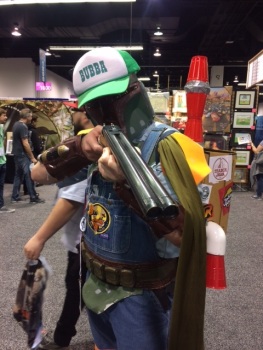 Shameless self -plug. Me as Bubba Fett,