With Josh Brolin Cast as Cable What Might Deadpool Say?

As reported first by Hollywood Reporter Josh Brolin has been cast as Cable.

Now some people have been saying that Thanos might be recast but this seems to be extremely unlikely, what we should be asking is: “What Might Deadpool Say?”

Deadpool as a character is known for breaking the fourth wall, addressing the audience, making references, etc in the comics as well as in the first movie. 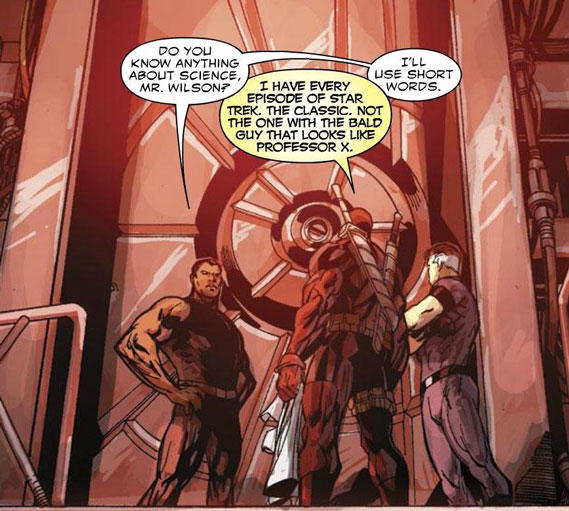 Given that this already happens we should ask: “Will Deadpool make Thanos reference?”

I can see a exchange going like this:
Deadpool: “You look familiar. Have you ever been purple or had a gem-y fist?”

Another thing to think about will be an Easter Eggs that might cross from Avengers: Infinity War as the movie will be split into two films. I don’t expect full on spoilers (except only ones that be done as joke and not really be a spoiler).

Other Marvel movie memes and that have come released movies and trailers released I can see referenced and parodied. Such as Thor: Ragnarock‘s the friend from work.

I look forward to seeing and hearing all the various humor and references in Deadpool 2.

One thought on “With Josh Brolin Cast as Cable What Might Deadpool Say?”