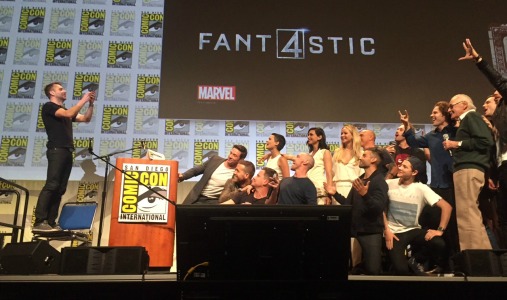 The Wrap has reported that Twentieth Century Fox will be missing this year’s beloved pop culture event in San Diego. Traditionally having a strong line up of trailers and talent, Twentieth Century has shared the mega-spotlight with Marvel and Warner Bros in the legendary Hall H. It would seem that at least part of the decision is related to the new streaming service offered by Comic-Con HQ as well as the ‘leaked footage’ issue often associated with Hall H. I understand the studios hesitancy- however, even with the leaked Deadpool trailer, I think that did ‘okay’ in the box-office ($760m worldwide)! Sadly, Fox would have most likely shown us glimpse of the new Assassins Creed, Wolverine 3, Maze Runner and more in production. Another sign of the times as technology, evolving media consumption and new entertainment platforms collides with live events like Comic-Con. Disney started the divergent path a couple of years ago, opting to lean on their own D23 Expo to showcase the Marvel brand. Now we speculate on how this will affect the show and who might step up in their absence. Your thoughts?

Check out the full story at The Wrap.