Is it just me or does it seem like we time traveled through 2014? It’s been another amazing year with many geeky milestones to consider. Like the previous few years, the pop culture revolution continued to expand at an exponential rate in the area of comics, TV, film, tech, and the web. In order to keep up with all the latest and greatest properties, I’ve resorted to cutting out time consuming activities like showering, eating, and sleeping. With so much awesomeness to be had, it was hard to compile my top ten nerdy list, but here goes:

10. The 12th Doctor: Peter Capaldi
Speaking of time travel, humanity took a big step with a changing of the guard. Fandom was tested as the young and handsome number 11 evolved into the older and angrier number 12. The response has been mixed between the new and veteran Whovians. This seems to be the verdict; High praise for the seasoned Capaldi with his intensity and gravitas- but low praise for the story lines and general direction. Personally, I haven’t been a fan of this new version. I think he serves to deepen hardcore fandom than create a new one. My prediction is that we will be meeting number 13 before too long.

9. Marvel Phase 3
To no one’s surprise, this top ten list will be greatly influenced by the Marvel juggernaut. Like previous, the Marvel machine continues to impress even the most critical nerds out there. Earlier this year, Phase 3 was announced which almost broke Twitter with the news of Black Panther, Doctor Strange, and Captain Marvel. We have much to owe the Marvel universe and by the looks of this, so will our kids.

8. iPhone 6+
We couldn’t talk about our geeky year without mentioning tech. Besides teasing the world with their new Watch, Apple released their first oversized phone to keep up Android. Consequently, it also resulted in their first bendable version as well. Even though Steve Jobs was probably turning in his grave, it didn’t seem to deter enthusiast from lining up around the block in Hall H fashion. 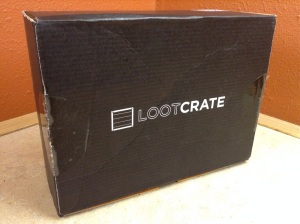 7. Nerding Made Easy
Last year, industry leader LootCrate introduced us to the world of geeky box subscription services. No doubt it was a risky and tough endeavor but now their are a myriad of ‘Looters’ all over the world. It has also spawned some amazing competitors like HeroCrate and 1Up Box. They were great stocking stuffers for me this year! I have loved these subscriptions and highly recommend them for the indiscriminate nerd in your life.

6. We found our Destiny
They say there are no winners in war, but not true when it comes to the battle between consoles. We saw all kinds of awesome games this year but I think Destiny stood out as 2014’s top time sucker. Described as “vast, beautiful, and endlessly satisfying”, Destiny not only offers riveting first person shooter gameplay but a awesome MMO experience. Pick it up- it’s a great way to waste the first part of 2015.

5. Marvel’s Black Captain America and female Thor
The aforementioned Marvel continues to change the game but this time in their comic book universe. Whether it’s their first Muslim super heroine (Ms Marvel), or a black Captain America, or finding a female worthy to wield Mjölnir, Marvel breaks racial and gender barriers stirring both positive and sadly some negative feedback. More importantly, the issues are being talked about because of Marvel’s bold new direction. In this racially charged era, these book titles can bring some well needed hope and inspiration to our world.

4. Arrow, The Flash, Agents of SHIELD, and more!
This year, the comic book universe came alive on the small screen. After a rocky start, Agents of SHIELD is starting to find it’s footing. While WB/DC struggle to find their film voice, they seem quite at home on network television with the launch of The Flash, Constantine, and Gotham (plus, Arrow is picking up steam). Like Marvel birthing the renaissance film era, DC may end up dominating TV land with many more shows being developed. It’s time for me to upgrade my DVR!

3. Guardians of the Galaxy
Let’s be honest, last year, even the most faithful and die-hard Marvel fan was a little skeptical with Marvel’s decision to put a foul mouth raccoon and a talking tree on screen to add to the massive machine of Phase 2. We all breathed a sigh of relief when walking out of theater in what would likely be the first viewing of many.  Besides being the most successful grossing film of 2014 at $332m, it is arguably one of the best sci-fi movies in decades. Fun, creative, and charming, GotG proved that their are no limits to this genre and has us chanting ‘In Marvel we trust’. 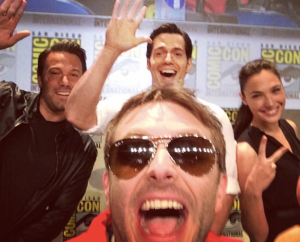 2. SDCC ’14 and the comic con universe
Of course San Diego Comic-Con would make my list for one of the biggest nerd moments in 2014. There was so much goodness (as usual) to highlight but I think Chris Hardwick’s selfie of the DC ‘Trinity’ says it all. While Marvel rolled out it’s usual heavy hitting line up, the first peak at the upcoming Batman v Superman was enough to split the internet in half. On a related note, this was the year for cons as more of them started and expanded all over the world. Rising tides raise all boats- and now there are comic cons happening somewhere every weekend of the year. Don’t limit yourself- get out there and visit one near you.

1. Star Wars Episode VII: The Force Awakens trailer
Not sure this was a surprise but the biggest geeky moment of 2014 was the recent release of the new Star Wars trailer. Released over Thanksgiving weekend, many of us were still in food coma to even process what was happening. Still in post traumatic stress from the last ‘Lucafied’ trilogy, we have all been collectively murmuring “Help us JJ, your our only hope…”. With an updated aesthetic and with brand new diverse characters, I can safely say that Episode VII will be the highest anticipated film for 2015. This means you might want to stand in line for Hall H starting next week. Cosplayers, can’t wait to see you do your thang.

Well, what did you think of my Top Ten list? Agree or disagree, leave your comments or additions below. As always, I am so grateful for your faithfulness to this site. Your comments, Retweets, and meeting you in person at cons has truly been my highlight of 2014. I am encouraged and inspired by each of you and I am even more committed to bring you the very best content possible for next year. Let dream together and imagine what the future of Crazy4ComicCon can be. You can always reach me at Crazy4ComicCon[at]Hotmail[dot]Com with any thoughts or ideas.

Coming soon- my cons for 2015, First Time Registration for SDCC, First Time stories, podcasts, and many tips to prepare for San Diego! Have a nerdtastic and safe New Years!