How to get into the New Doctor Who 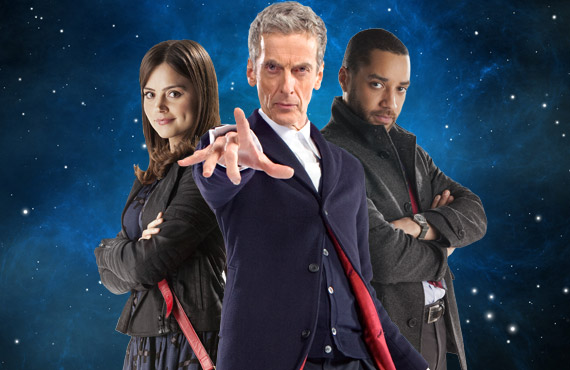 The waiting is finally over! After last year’s epic DW 50th Anniversary and Matt Smith’s last episode, we finally begin a new adventure with a brand new Doctor. Being the 4th Time Lord in the modern era of Who, this will be the debut of Peter Capaldi- the most seasoned actor since Doctor Who’s return in 2005. It’s been a long 9 months for Whovians since the end of series 7 and it’s been filled with speculation, theories, skepticism, and intense enthusiasm. On a regular basis, I run into friends, family, and acquaintances that have very little knowledge of the wibbly wobbly universe that you and I inhabit. So to help ‘pre-Whovians’ out (or to refresh your memory) I have put together a ‘must-see’ 4 hours of a few episodes over the next two days. Nothing more intimidating than asking someone to binge watch 7 seasons before jumping into your fandom. So while there are SO MANY amazing episodes, here is a quick guide to what to watch before the Doctor Who premiere on Saturday night:

1. The Eleventh Hour (S5 E01)
The regeneration of any Doctor is the best time for new fans to step into the show. It’s counter-intuitive to jump right into the middle of a series but if you have limited time, start here. For those unfamiliar with Doctor Who lore, the only way the 50+ year old show has endured over time has been by the creative casting change- or regeneration of the Doctor. This is the show’s internal mechanism for evolving the Doctor and keeping it fresh. In the Eleventh Hour, we experience our favorite Time Lord through the surrogate eyes of a new companion, Amy Pond. Plus, you also get a chance to see how a companion is chosen. The best way to appreciate the 12th (Capaldi) introduction to the universe is to have context by seeing the 11th (Smith).

2. The Doctor’s Wife (S6 E04)
Arguably the most recognizable iconic of Doctor Who is the ship he travels in called the TARDIS (Time And Relative Dimensions In Space). The big blue box is more than a ship but a sentient entity! Once being able to camouflage itself into different forms, the TARDIS is stuck in the police box that we know and love. In this high budgeted episode written by Neil Gaiman, we get to see the TARDIS personified. It’s a very unique episode and we (and the Doctor) learn a lot about what makes the TARDIS tick. If you are going to love the Doctor, you are going to have to love his trusty sidekick, the TARDIS. 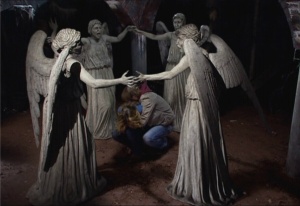 3. Blink (S3 E11)
One of the most creative and fascinating part of the Doctor Who universe are all the unique life forms he comes across. Big, small, metallic, organic, good and bad, there is no limit to what the Doctor will encounter. In this special episode written by Steven Moffat, the 10th Doctor (David Tennant) is faced with one of his most mortal enemies- the Weeping Angels. I don’t want to spoil who they are and what they do, but they are a great example of the wonderfulness and terror that exists in the Whoniverse. Warning, this will spoil your views of statued angels forever.

4. An Adventure in Space and Time (2013)
Whether you are ‘Newvian’ or ‘Whovian’, very few of us know the story of how this wonderful world came to be. Starting in 1963, the creators had no idea they were embarking on a genre shaping and ground-breaking series. Written by Mark Gatiss, this 83 minute drama explores the who, what, and how William Hartnell became the first Doctor. It’s tremendously inspiring, warm hearted, and very entertaining. It’s also remarkable to see how the core of DW has endured over time. It will really help you to appreciate this current series.

Well there you have it. A little over 4 hours and you are set for series 8 (they don’t call them seasons across the pond) and Peter Capaldi. The episodes listed are available on Netflix but An Adventure in Space and Time is not. You might have to find it from a friend or pick it up at Barnes and Nobles. If you can’t find it in time, then consider watching Vincent and the Doctor (S4 E10) as a replacement. Again, there are plenty more Doctors and mind-blowing adventures to experience, but this is my suggested crash course into Whoville. Fans, I know you have your own suggestions so leave them in the comment below. Here is the trailer for the upcoming episode (Premieres Saturday, Aug 23 on the BBC):