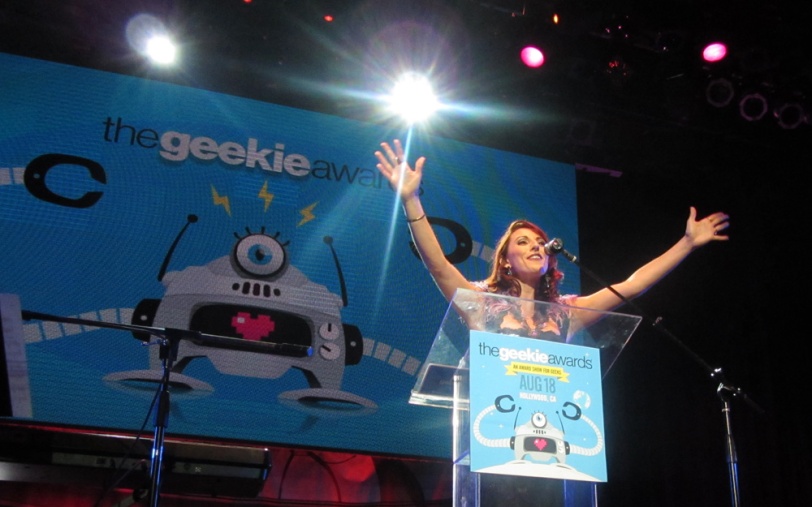 Calling all geeks! The Geekie Awards returns to LA for it’s second year tonight (7:30p)! As the brainchild of creator Kristen Nedopak, the ‘Geekies’ is quickly becoming one of LA’s biggest nerd events of the year. A couple of years back, Kristen had a vision to create a place where professional and amateur nerds could be recognized in the field of comics, TV, web, art, cosplay, podcasting, fashion, gaming, and more. Starting anything that is meaningful is incredibly hard- creating something that is sustainable is a whole another level! Thanks to Kristen’s amazing passion and leadership, the Geekies is carving out it’s own special niche in the geek community. Last year, I did an interview with her for GEEK Magazine. In it, she described the Geekies in the perfect way:

“The best way to describe the awesomeness of this creative and eclectic event would be to imagine if the San Diego Comic Con and the Academy Awards were to have a baby…it would be called The Geekie Awards.“ 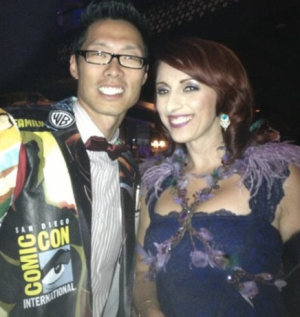 I went last year and found that it was just as Kristen (pictured left) described. I am planning on returning again (in my  Jedi/WB cosplay from Comic-Con) and look forward to seeing old friends, meeting new ones, and celebrating with all the nominees and winners. The Avalon Theater is the perfect place for it- it’s cozy, creative, and has a classic charm. I will not only be live tweeting the event but will be podcasting throughout the night. If you can’t make it, the Geekie Awards channel is now LIVE in anticipation for the show on http://www.twitch.tv/thegeekieawards. The red carpet begins at 6PM and the live show is at 7:30PM. Hope to see you there!