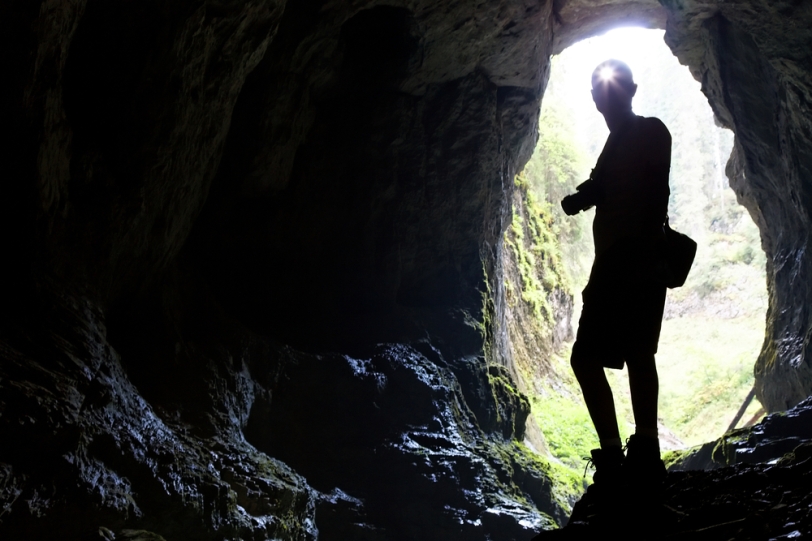 Today marks my 500th post for Crazy4ComicCon- and believe me, there is no one more surprised that I reached this milestone than me. I started this site over 4 years ago because I simply wanted to jot down some random thoughts about Comic-Con in hopes that it would benefit someone out here in the interwebs. There was no plan, no goals, and quite honestly, not a very good chance it would last much after the 2010 show. The proverbial time flew and somehow I ended up here. As I crept up to this 500th post, I pondered what I would share that I haven’t shared before… and this is what I concluded; I HATE WRITING.

Or at least I did. One of the biggest blocks I struggled with through my youth through to college and into my adulthood was writing. Heck, I never really fell in love with reading let alone writing. I was more of a visual artist and never learned to appreciate the written word. My resistance to writing soon evolved into a genuine obstacle and I soon found myself not just hating to write but truly believed I would never be able to do it. One of my WORST fears I had would be that something I wrote would be publicly reviewed and criticized. I wasn’t good enough and I will never be. So allowed myself to believe in the lie and that lie has had bondage over me for most of my life. 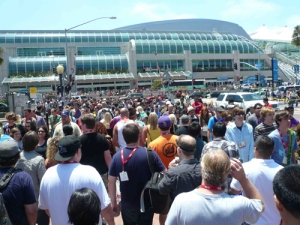 Then Comic-Con came into my life in 2006. Like you, I bathed in all of her nerdtastic glory- which could only be describe as ‘coming home’. After years of feeling like a misfit, it was the first time I felt understood and accepted. I’ve always felt like a weirdo but at Comic-Con, being a weirdo is not just ok, but it’s celebrated. However, after years of attending, I knew my love for this convention and my fear of writing were going to collide. I had a message inside of me and despite my intense loathing for writing, I could no longer suppress it. So like venturing into a deep, dark cave, I entered the blogging abyss.

I made a commitment with myself that I would write everyday for a year- no matter what. Every. Single. Day. And that’s what I did. I started up several different sites and I just jumped in the deep end of the blog-o-sphere. In those early months, it was as painful as performing surgery on yourself- without anesthesia! However, through the pain and criticism, every once in a while a positive comment would post on one of my various blogs… then another… then another. As a result, Crazy4ComicCon eventually became the favorite child and now gets my best attention. Before long, my intense hatred of writing became an unexpected delight. In fact, it has now become a ‘life giving’ part of my existence. When I go too long without writing, I actually feel claustrophobic and trapped. I have realized that regardless of the quality of my work, when I write for this site, I feel like I am soaring. It sounds cheesy but it’s true. I know I have a ton of improvements to make- my grammar is sucks and my speling is bad. But I know I am doing something I love. That’s all anyone can really hope for right?

Special Offer To You: 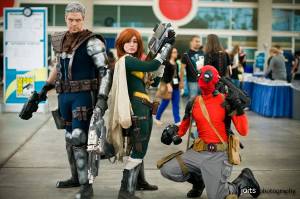 So for my 500th post I wanted to share something special other than quick trip down memory lane. I want to offer my experiences to help YOU find your own inner voice. I get asked a lot about how I got started, how to be different, how to ‘break in’, etc. A lot of questions that ultimately lead to ‘how do I do something that I love?’ I obviously don’t know all the answers but I can provide some helpful direction. Some might feel there should be only a few major gatekeepers when it comes to writing about Comic-Con, I am not one of them. I believe there should be more and more blogs and sites dedicated to share the stories, tips, and experiences of SDCC and other cons. Perhaps I can help you head in that direction. So what am I offering?

My goal is to have several casual meet-ups during Comic-Con with a few of you at a time where I can share more of my story, listen to your goals, and offer some advice on how to take the next step. Nothing fancy, just me helping you get unstuck. I have helped others in the past get over their own obstacles (I feared public speaking too!) and I would love to do the same for you. Based on response, I will probably have a few meeting times through the week of Comic-Con for short sessions. Seeing how there will be a LOT of line waiting, we might as well make it productive! This is what I love to do and it will be at a place that I love with people that I love. So if you are interested or have questions, then let me know. You can e-mail me at Crazy4ComicCon [at] Hotmail [dot] com for more details. While I would love to see celebs in Hall H or pick up an awesome Exclusive, what would bring me much more deeper satisfaction is having a chance to inspire or motive you in some small way. Looking forward to hearing from you.

Leave a Reply to Tony B Kim Cancel reply