If you have been going to Comic-Con over the past five years, you know that it has changed and evolved quite a bit. The agents of change can be attributed to the explosive growth of the superhero properties in Hollywood, the proliferation of genre television, and the general acceptance of geeks/nerds in mainstream culture. Since San Diego Comic-Con not only reflects the popular arts but also shapes it for the coming year, it’s no surprise that some of these new changes for 2014 are a bit shocking. However, will these changes be good or bad? That is up to you to decide. Here are the top 5 changes for this year’s Con: 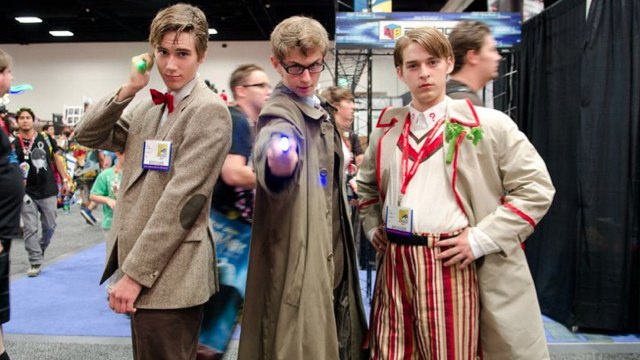 1. No More Doctor Who Cosplay
That’s right, you will NOT be allowed to cosplay as your favorite Time Lord during the convention. Comic-Con is one of the biggest conventions in the nation. With that comes a fair amount of serious health emergencies- from accidents, heart issues, pre-term labor, etc. Unfortunately, whenever there is a serious issue and someone calls out “Help, I need a doctor!…”, a mad rush of 9s, 10s, 11s, and even a few 4s come rushing to the scene. The high concentration of Doctor cosplayers only makes it more difficult for the actual doctors to treat patients on the scene. This may seem a little extreme but it’s also the reason why you haven’t seen an Dr McCoy cosplay since JJ Abrams Star Trek reboot in 2009. So leave your sonic screwdrivers and bow ties at home this year- safety first people. 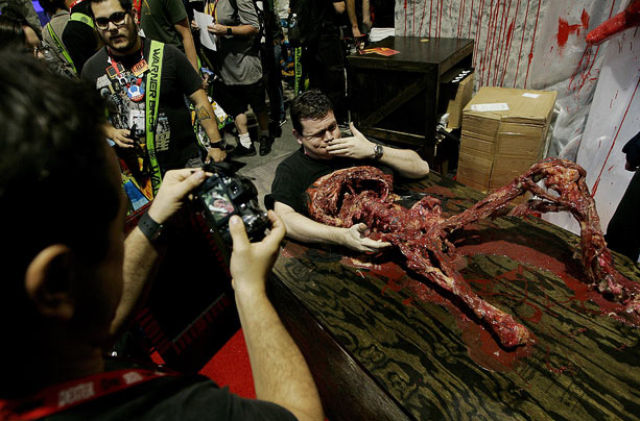 2. Increased Food Options
There will be a significant increase in food options for this year’s SDCC. As you know, part of the Comic-Con experience is waiting hours or days in line waiting to get into your favorite panel. Last year, a Marvel Comics fanatic had waited in the Hall H line for 36 hours. Exhausted, delirious, and famished, he resorted to eating his own body parts. Starving and not willing to leave the infamous grassy knoll, he started with his outer extremities and ended up eating most of his own meat up to his mid-section. When asked about this shocking act of desperation, he said “The Marvel panel made it all worth it…”. As a result, food carts will be wheeled through the Hall H line providing the four basic food groups- and as a bonus, psychologist will be providing free counseling to prevent this from happening this year. 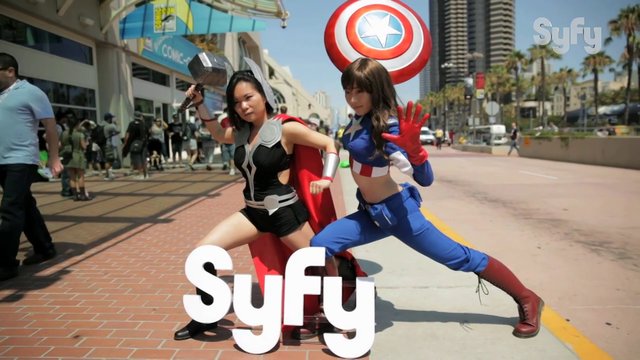 3. Reality Shows!
Upon registration, your free Warner Bros Swag Bag will have all the details for the new reality show you are automatically casted in. That’s right, the entire 130,000 attendees have been divided up into groups of 8 to be the cast for 16,250 reality shows about nerds culture all to be aired on the SyFy Channel. The filming will start right away with you and 7 other cast-mates being followed around, partying, fighting, getting married, and getting divorced all within 4 days. Your show will air, get renewed, and then get cancelled by the time you get home from San Diego. When asked about why create over 16,000 shows, a rep from Syfy stated “We believe in playing the odds, unfortunately 16k pilots still isn’t high enough chances to make one of these work..”. So there you have it. Get your teeth whitened before you arrive.

4. Stan Lee Forever
As you might know, the man behind the mask , is 91 this year. Not only is he still an entrepreneur, but he still very active with his convention appearances. Some worry about not being able to see or meet Stan “The Man” before he retires from his public appearances. Have no fear- as a result of some highly experimental Stark technology, Stan Lee will now live for at least another century. Powered by an actual Arc Reactor for a heart, he will now be able to love and embrace his adoring fans for generations to come. However, the price tag for this procedure was quite expensive- even more than what he has accumulated over the year. This will be absorbed into the current Comic-Con badges making them now valued at $5,499. Don’t worry, it has just been charged to your credit card automatically. The ‘Upgrade Fee’ will appear on your bill as “Excelsior!” 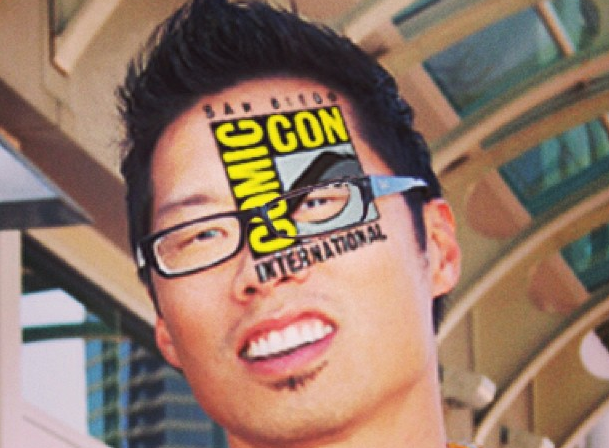 5. Comic-Con Membership
And finally, a new LIFETIME Membership type will be offered starting at this year’s show. The only requirement (after the Stan Lee upgrade fee of course) will be a facial tattoo of the Comic-Con International logo placed exactly over the left eye. LIFETIME Membership gets you into every Comic-Con for the rest of your life. The tattooing process has already begun with this handsome volunteer (pictured above) boldly being the first. This ‘anonymous’ LIFETIME Member said this was the single greatest decision of his life- even though it has costed him his job, family, friends, etc… The LIFETIME Membership kiosk/tattoo parlor will be set up through the convention center just waiting for your face. Welcome aboard!

Happy April Fools Day and I hope you enjoyed these new changes to the Con. Let me know what you think below and if you have any new changes you’d like to experience. See you at Comic-Con in less than 4 months!