2013 has flown by like the Kessel Run in under 12 parsecs. The past few years have each marked advancement in nerd culture that has gone beyond what we would have ever imagined as kids. Besides the growing popularity of the San Diego Comic-Con, conventions in general have grown across the nation. Even the most remote parts of the universe have more access to geekiness like never before. And thanks to the Internet, it has never been more easier to share in our fandom as a community. Here is a recap of the top ten nerdy events that shaped this nerdtastic year. 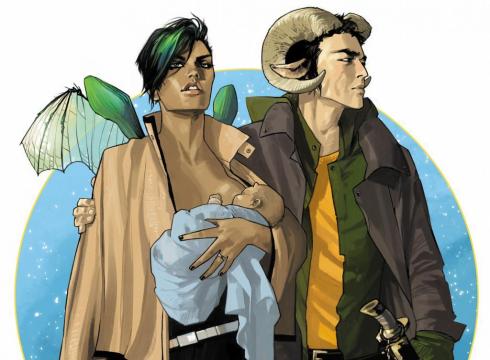 10. Comic Books / Saga
Comic books have faced many challenges over the past near century- yet somehow they have endured. Not only have we seen the celebration of the classic heroes but the birth of many new ones. In an age of reboots and redos, it’s refreshing to see originality- especially in the shape of a monthly comic series. Saga, by Brian K Vaughan and Fiona Staples, tells the story of intergalactic lovers on the run with their baby from a bounty hunter. It’s an epic tale reminiscent of classic Star Wars, Romeo and Juliet, and Game of Thrones. Its weird, quirky, and creative, which means Hollywood will probably ruin it with a mainstream version someday. So before that happens, go check it out. While the comic started in 2012, the first trade paperback collection won the Hugo Award for Best Graphic Story this year.

9. iOS 7
These days, Apple doesn’t have to do much to keep fans buzzing about their products. Even though not a ton of advancements occurred on the tech front this year, Apple kept us addicted by slimming down, speeding up, releasing new colors, and of course, iOS 7. Like always, the Apple gods reminded us that smooth, simple, and clean design matters in our over complicated and congested world.

8. Iron Man 3
Marvel’s Iron Man came to a conclusion (for now) as it did what few superhero movies have been able to accomplish- a complete trilogy. I use ‘trilogy’ loosely since there really isn’t a tight story arc that takes us through the three movies with the exception of Tony Starks journey. However, it was an enjoyable one if not airtight. The biggest impact that I-3 had on the nerd world was that it proved that their was life after The Avengers and that Marvel promises that the best was yet to come for ‘Phase 2′.

7. Game of Thrones: The Rains of Castamere
We all fell victim to the most shocking moment on television with the Stark ‘Red Wedding’- all the while proving two truths; George RR Martin, while brilliantly cruel, has proven that no principle character should be safe when good storytelling is at stake. Meanwhile, HBO has proven that you can do an epic, high quality series on television that not only birthed new fans of the fantasy genre but made us all start reading books again. Well played. 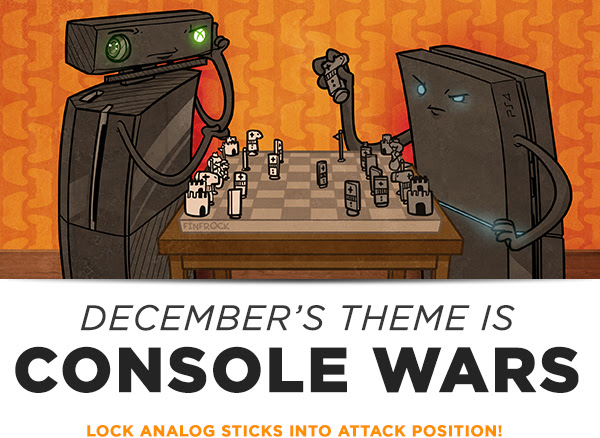 6. Console Wars: Playstation 4 vs Xbox One
Like the on-going conflict in the Middle East, Nintendo and Sony continue their life long feud for gaming supremacy. On the battleground of the web and places like E3, we have all been a little desensitized by which console can do what and how it will all change our lives. Whether it’s integrated calling features, voice control, or full body monitoring,  one thing is clear; In the race of innovation, there will never be a clear winner. Each generation of Playstation and Xbox will birth a new host of mind blowing features as well as eye melting game graphics. The fight is far from over and 2014 will no doubt take us to new heights of video game technology while completely draining our bank accounts.

5. Heroes of Cosplay
Some of you may be surprised to see Syfy’s reality series make it on this top ten list. While the critics and fandom were divided on the success of the show, I think it marked something even greater. What was once reserved for the seasoned comic convention fanatic, the term ‘cosplay’ has somewhat entered the mainstream consciousness. Cosplayers stereotypically seen as unsuccessful and loner losers, creeping in their parent’s basements, are now viewed as highly motivated and creative losers creeping in their parent’s basements. So the social status needle didn’t move a ton but it did move a little. Heroes of Cosplay not only helped us understand the process of cosplaying, it gave inspiration to many aspiring future cosplayers- unfortunately making it even more crowded at Comic-Con 😉 My review here. 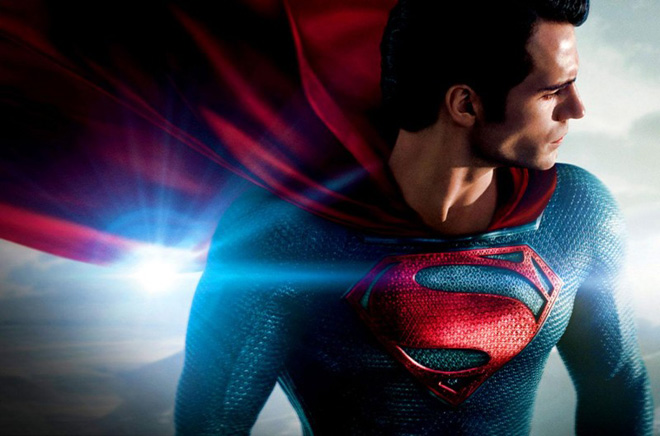 4. Man of Steel
2013 was a big year of Warner Bros and DC. They put their hopes, dreams, and future on the return of the big blue boy scout to the big screen. Except he wasn’t really a boy scout was he? That was part of the problem as half of fandom loved the new grittier version while the other half hated it. However, the suits upstairs thought it was just good enough to fast track a new universe to include Ben Affleck as Batman and Gal Gadot as Wonder Woman. So like Kal-El in Man of Steel, the punch wasn’t as big as the aftershock it produced. I wasn’t a big fan of what Zack Snyder created but much can be forgiven with a kick butt sequel. Time will tell. Read my full review here. 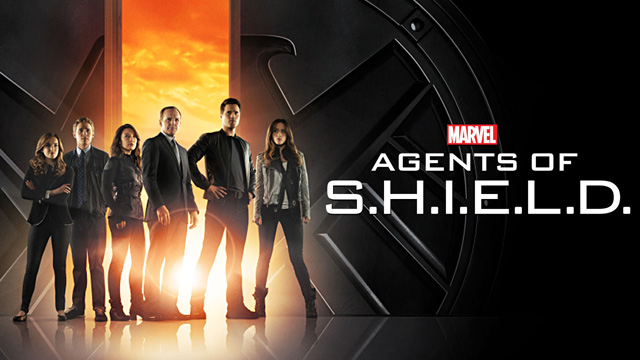 3. Marvel’s Agents of SHIELD
So it hasn’t exactly been the ‘game changer’ that everyone was hoping for. With waining ratings and fading fan buzz, the Midas touch of Marvel has been put to the test. However, at the heart, it is a great concept. If ABC can make some changes (like change the showrunner), it can become something great. More importantly, Agents of SHIELD became the first crossing of big screen to small screen for the superhero genre- which is what we all want badly. While AoS might not last, it’s at least a good sign that the networks are willing to try. With shows like Arrow, The Walking Dead, and others, Agents of SHIELD should continue to fuel the nerd TV renaissance.

2. Doctor Who
This was a landmark year for Whovians all around the world. Not only did we celebrate the 50th Anniversary in style with the special Smith/Tenant episode, but we just saw the passing of the torch to the newest Time Lord, Peter Capaldi. I had the privilege of hosting the 50th Anniversary screening at Austin Comic Con- and it was one of the most memorable nerd moments of my life. The episode was the best DW episode I’ve ever seen and Moffat once again pushed the potential of the show. Overall, I’ve probably attended over a dozen conventions in 2013 and the Doctor Who cosplay has to be the most noticeable growth out of all the nerd genres. 2013 was the year of the Time Lord and made us believe that the Doctor will always come to our rescue. 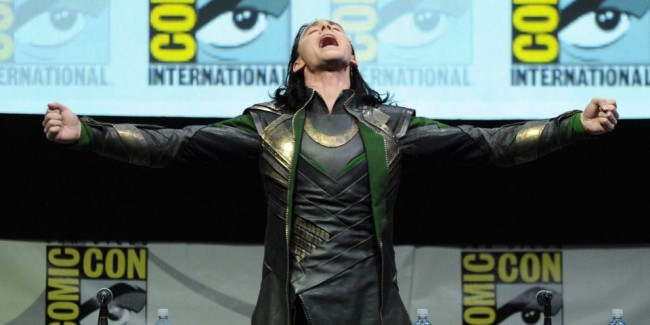 1. San Diego Comic-Con
Okay, probably not a surprise that I would list SDCC as my number one nerd event of 2013. I know there is a lot of angst, pressure, planning, and stress involved with Comic-Con making fans wonder if it’s worth all the hassle. Well, this year rewarded the legion of fans and made it one of the best yet. Some of the highlights included the introduction of the entire X-Men Days of Future Past cast, the last appearance of Matt Smith as the Doctor along with the early trailer for the 50th Anniversary episode, the announcement of Superman vs Batman, and the epic live performance from Tom Hiddleston as Loki. I was sent countless number of personal stories, too many to list here, that gave further evidence that San Diego Comic-Con was the best nerd moment of 2013. We are only 7 month away from the next one so may the stress and preparations begin ;)! My video review of Comic-Con.

Thanks so much for making 2013 such an awesome year. Leave a comment below sharing some of your biggest 2013 highlights. Interacting with you all in person and online has made writing for this site so rewarding. Your comments, tweets, and e-mails have fueled me to keep making Crazy4ComicCon better every year. I know 2014 will bring many challenges but I look forward to tackling them together and making this the best year yet for all nerd-kind.