My First Time to Comic-Con

Thank you all for your amazing First Time story contributions over the past few months. They have seriously been my favorite part of this site. While we all love Comic-Con for all different types of reasons, our first time experience binds us together. Not only and I looking forward to hearing more of your stories in person next week, but we will continue sharing your stories on this site next year. I thought the appropriate way to conclude this chapter was for me to share my first time story with you all. This will hopefully give you insight as to why Comic-Con is so important to me. Enjoy! 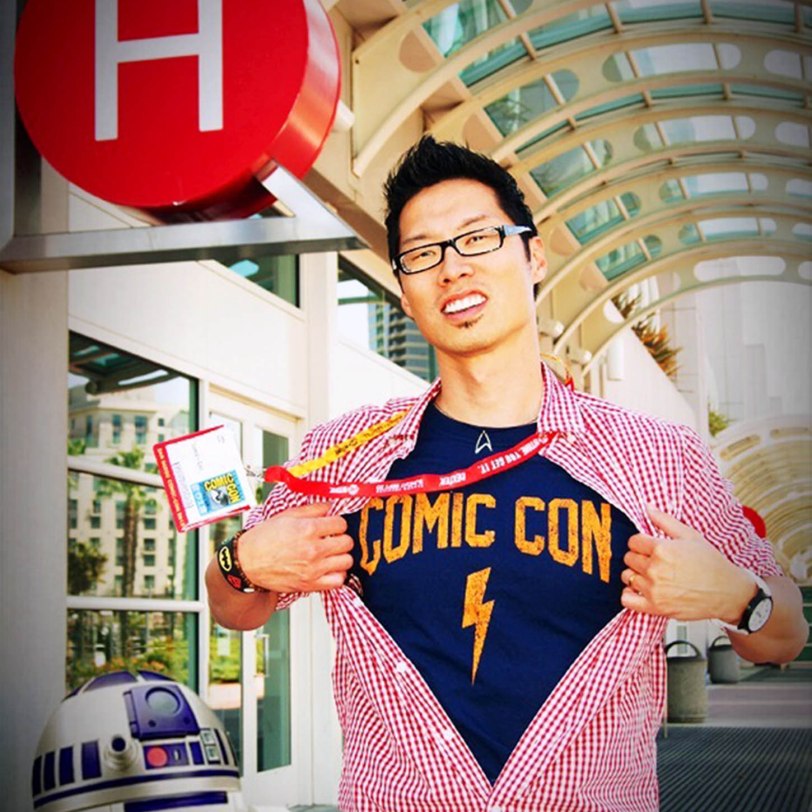 My origin story begins in a small town in Texas called Irving. My parents immigrated about a year before I was born. Growing up in a suburb of Texas was certainly interesting to say the least. Throughout elementary school and most of Junior High, I was not only the first Korean but also one of very few minorities in my school. Like any young insecure kid, the last thing I wanted to do was stand out. However, my classmates made sure to remind me that I was different and didn’t belong to in their mono-ethnic social circles. The stress of being different led to a lot of identity struggles at a young age. I realized that I was different from the others- in short, a misfit. I coped with my lot in life by turning to the one thing I could always depend on, my imagination.

During these difficult years, my imagination was my escape. Ignited by the early Star Wars, Star Trek, and Superman movies, I found my place among the stars. I discovered that in my fandom, it gave me the social intelligence to use for my advantage. I figured out by starting fan clubs, fellow classmates soon wanted to join in on what I was doing. Through my science fiction passion, I soon gained a trusted circle of friends that shared my enthusiasm for all things nerdy. Eventually, this path soon led me into my life long love of comic books. My parents had the typical Korean immigrant mindset- they worked all the time, often the nightshifts, leaving me at home during the days by myself. I was immersed in the comic book world. Oddly, beyond the super powers and capes, I found a deeper and more profound meaning to identify with. The story of many superheroes was not so different than my own. For instance, Superman is from a foreign land. He knows he’s different and doesn’t belong…he’s a misfit. However, Superman must embrace his heritage in order to be a force for good in this world. He is the ultimate immigrant. In many ways, in the absence of my folks, Superman and Wonder Woman raised me as fictitious parents. It’s from them that I developed a moral compass for truth, justice, and the American way. During my many hours spent in the comic book universe, I would often come across advertisements for the San Diego Comic-Con. For many years I would hear about this mythical place known as the Mecca for all things nerdy. However, since I lived in Texas, Southern California seemed as far as the planet Krypton. As I grew into a young adult, I learned how to acclimate and socialize better, but I never lost my zeal for sci-fi, fantasy, and comic books.

Then came the year of destiny as I moved to Southern California in 2005. My first year to San Diego Comic-Con felt like the mother ship was calling me home. While I had been to a few smaller conventions in my lifetime, I had no idea what to expect. I was in awe and wonder of the scope of the show. Not only was Comic-Con a place to experience all my favorite nerd properties up close and personal, but it was also a place to connect with people just like me. After spending many hours on the showroom floor, in panels, or standing in lines, I got to hear stories from my fellow geeks. I realized that their journey was very similar to my own. I was among over 100,000 fans composed of many different cultures, ethnicities, social economics, sexual orientations, and beliefs, yet I never felt a stronger sense of belonging. At Comic-Con I wasn’t a misfit. Not only that, but I felt my Asian-American heritage was celebrated at a place like Comic-con. The various anime and Asian influences is prevalent in the con culture and it was one of the first times I felt proud to be who I was. From that point on, I embraced my past in order to step into the future. 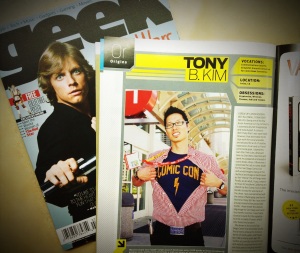 Since that time, San Diego Comic-Con has exploded. In just a few years, it has gone from relative niche market to the mainstream spotlight. Because of all of the media hype, I have turned my passion into assisting the Comic-Con community through Crazy4ComicCon. For the past few years I have dedicated myself to helping others find the same sense of belonging like I did at Comic-Con so many years ago. My sole hope and dream is that, in some small way, I can help other misfits connect with each other through the Comic-Con experience. If your interested in more, I shared my story in this month’s  GEEK Magazine (left), it will be available at their booth (4014-16) at Comic-Con!

17 thoughts on “My First Time to Comic-Con”