Raiders of the Lost SWAG

For some fans, the accumulation of Comic Con SWAG is one of the most rewarding experiences of the whole event. The level of the ‘Stuff We All Get’ is at an unmatched level than any other Con. It usually ranges from the cheap end like buttons, inflatables, and comics to the more high end like T-shirts and bags. Even though the level of SWAG has diminished over the years because of the straining economy, you are still guaranteed not to leave the Con empty handed. Personally, I am NOT a SWAG guy. I forego almost all of the typical stuff and just search out the more unique items. Like the lost Ark of the Covenant, these treasures take a little more time and effort but make for much better memorabilia for the week of in San Diego. Ironically, some of the best SWAG is found outside of the convention center and are given out by studios based in the Gaslamp. Here are a few examples of some of the unique SWAG from the past:

Some of the hotels print up special Comic Con key cards. They will range from all different interests and make for great SWAG you can carry all year long. After your stay at the hotel, swapping with others to get one with your favorite show on it is also fun. 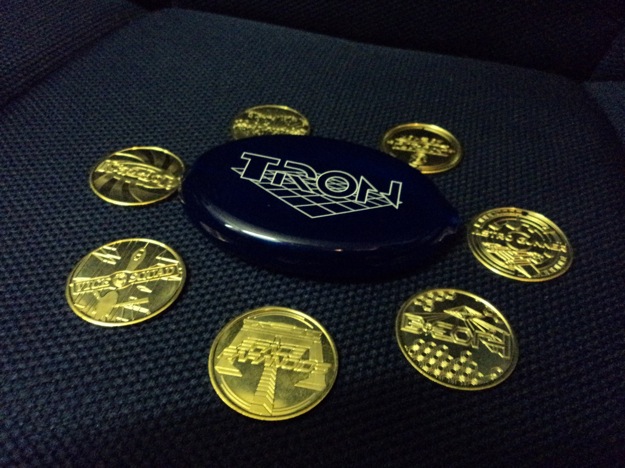 In 09, Disney began it’s marketing siege at the Con. After a downtown wide scavenger hunt, participants were rewarded with a journey into FLYNN’s Arcade. Given in the arcade, these tokens and old school coin purse were some of the best freebees of that year. Nothing captures the magic of the 80’s era than a pocket full of game tokens. Doing some of the crazy activities away from the Con is definitely worth it. 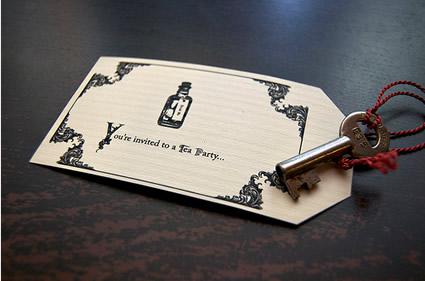 For the promotion of Alice in Wonderland, there was an interactive space in the Gaslamp where you could explore an oversized Wonderland like you were Alice. One of the parting gifts was this key with an invitation to see the movie. It was one of the more nicely produced SWAG from that year.

One of the coolest SWAG I got last year was this Star Trek watch from the Paramount booth on the floor. I defeated a mob of other rabid Trekkies by successfully answering some hardcore Trek trivia. This was definitely a keeper.

This is just a few samples of the fantastic SWAG to score while at SDCC. My advice, waste little time trying to get all the cheap paraphernalia that gets thrusted at you on the floor. Besides the fact that it will slow you down, ultimately most of it ends up in the trash. So while my loot ends up being lighter at the end of the week, I have treasures that I can enjoy for a lifetime. Happy hunting and let me know of your SWAG stories!

13 thoughts on “Raiders of the Lost SWAG”