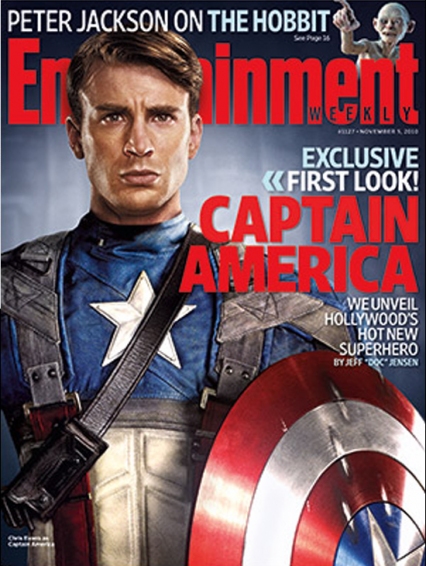 Entertainment Weekly revealed one of the first shots of Chris Evans as Captain America. This is one of the highest anticipated comic book adaptation of all time and Marvel is hoping that it will spearhead gigantic momentum leading up to the future Avengers movie. This origins story is set in World War II and presumably will end in the 21st century. EW is teasing us with this partial shot but I am sure his full uniform will be revealed soon. We saw the actual shield at Comic Con and it was pretty stellar. Captain America: The First Avenger is scheduled to open June 25th 2011.