On Thursday the 26th, Futurama visited Comic Con 3010! There is plenty to poke fun at and it looks like the writers had a good time with this episode. It’s just too bad that Comic Con part was so short. Well, it’s good to know that the Con will remain in San Diego in the future! 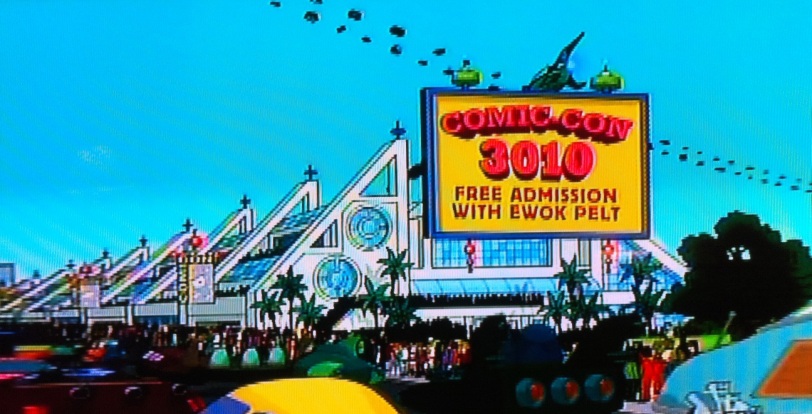 There is a huge traffic jam in front of the Con Center which is ironic since all the vehicles fly in Futurama.

Things like ‘Videogame- The Movie’ and long lines were depicted during the walk thru of the floor. Notice Bender’s huge ‘swag bag’.

Zoidberg tear into a valuable toy in search of the ‘mint’.

Ballroom 20 is a packed as ever as Matt Groening debuts his new show ‘Futurella’- which gets cancelled during the screening!

Matt and his crew on the panel. Note the Comic Con logo.